Harry Leech is one of the top weightlifting coaches in Ireland, experienced in working with beginner, intermediate and national level weightlifters, as well as international athletes at European & World Championships, World University Championships and the Women’s International Grand Prix. He has been involved in Olympic Weightlifting for fourteen years, first as a competitive weightlifter and later as a coach, referee, coach-tutor and President of Weightlifting Ireland.

Weightlifting hooked Harry early in life, when, at eleven he saw a twenty minute documentary on Naim Sulymanoglu during the 1992 Olympics. Sadly in pre-internet Ireland, finding out about weightlifting and an expression for this interest was not easy. It wasn’t until seven years later that Harry was finally able to find a gym where he could put his interest into practice.

Unfortunately years of playing rugby and old fashioned training methodologies led to repeated injuries, prematurely ending Harry’s career as a competitive lifter. Still heavly involved in the sport and having been inspired by his time being mentored under top coaches such as Jim Schmitz, Harry trained as a weightlifting coach with Weightlifting Ireland. His first international coaching assignment was in 2005, when he was appointed as Head Coach to the Irish team of athletes at the European Promotions Cup in Udine, Italy. 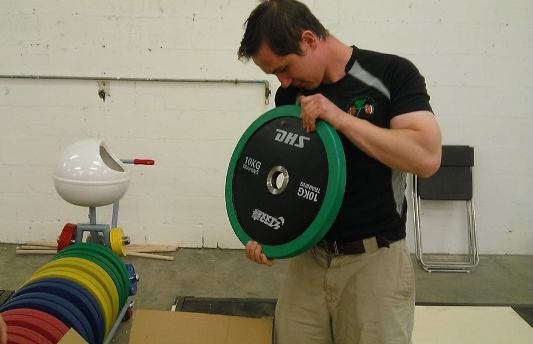 Harry has a great deal of experience as a coach, having worked with athletes from beginner level through to national championship and international competition. He has coached male & female lifters from beginner level to selection for international squads. Two of his athletes, Alex Craig & Laura Nolan, are members of the national team. Laura has been competing longer than any other female weightlifter, has competed at international level and held national records. Alex is Ireland’s top ranked female weightlifter across all weight classes and won a silver medal at the International Women’s Grand Prix 2013. Both began their training with Harry.

Harry has built on time spent training under top coaches in Ireland and the US with extensive and continuing education and research into training methods of successful athletes and coaches from around the world. His approach is to work on technique and mobility before adding weight to technical exercises, without neglecting the maintenance and development of a solid foundation of strength with heavier assistance lifts. Most importantly Harry understands that everyone he coaches is an individual before an athlete, and aims to build programmes around his lifter’s needs, rather than forcing them to conform to standardized regimes.

Harry has the knowledge and experience to teach and correct every aspect of the Snatch or Clean & Jerk; to improve your technique in the lifts, or the quality of your programming; to teach you how to use weightlifting movements to become more powerful & explosive for your own sport; but above all, he has the passion to enable every individual he coaches to realise their full potential, whatever their stage or goals may be.